….He’ll risk his life, then his soul & finally his heart in his quest to be…

Julia Hughes, author The Griffin Cryer has written another thrilling adventure, this time set on Ella-Earth, which is our world’s twin in most respects. Except—both evolution and science have taken a different path, and an elite troop known as “The Griffin Riders” patrol the spiritual conduits known as ley-lines.
The The Griffin’s Boy (The Griffin Riders’ Chronicles Book 1) Will be a free download for five days from March 1st – March 5th inclusive.

About the book:
Neb, whose name translates as ‘Nobody’, has ambitions to become the equivalent of our world’s stable-lad—a griffin-boy. However, on recruitment day, his favourite griffin, Balkind, disgraces them both. But Neb won’t take no for an answer. He steals Balkind, and flies off in pursuit of The Griffin Master, determined to change the cantankerous old warrior’s mind. What follows is a breath taking flight of imagination, as Neb risks first his life, then his soul and finally his heart in his quest to become a griffin boy.

About the author:
As a Londoner, I’m enchanted by the legend that griffins are the guardians of this ancient city. In my mind, they combine the characteristics of two of our most beloved animal companions: Horses and dogs—with of course the added bonus that they have wings! As anyone who’s read The Griffin Cryer knows, I believe that if you only believe in yourself, against all odds, help arrives from (very!) unexpected sources.  If you have self belief, then you have the will to succeed—and you will succeed! So dream big and fly high – the only limits are the ones we place on our imaginations.

Join The Griffin’s Boy (The Griffin Riders’ Chronicles Book 1) in the adventure of a lifetime—FREE!
Download from Amazon using this universal link: http://bookShow.me/B00H9NMQE4
but wait … there’s more!

SPECIAL BONUS OFFER: The Griffin Cryer—highly rated, award winning urban fantasy will be on offer for only 77p or 99c through out this giveaway. Universal link: http://bookShow.me/B00AM5GQUGBoth offers end on the 6th March, around 9 a.m. GMT London. Until then, celebrate the season of spring and new hope! 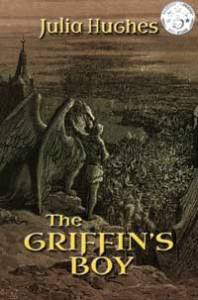 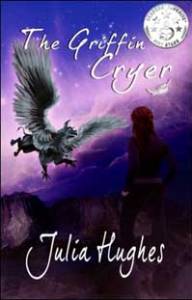